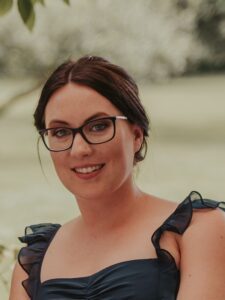 “Why doesn’t she just leave?”, a phrase often heard by outsiders looking in once they find out someone they know or love is in an abusive relationship. It’s easy to say because, truly, why doesn’t she just leave? Take your stuff and get out, it isn’t love, do it for the kids, you deserve better than that. But the fact of the matter is, it’s never as easy as “just leaving”.

One very common reason is lack of finances. Abusers will often use financial abuse to impair her, making it feel like she is not capable of leaving. Where would she go? We are living through a housing crisis, and with lack of affordable housing on the rise, even if housing was affordable, there just isn’t enough of it. Seeking emergency shelter at a local women’s shelter is a viable option, however bed space is limited, and shelter systems are often full with lengthy wait lists.

If you are lucky enough to get in, often there are time limits on length of stays, which ends up adding even more pressure on her to find sustainable, affordable housing quickly. This may result in her feeling like it was just easier to stay, because living with an abuser is better than being homeless, right? Guilt, manipulation, and the constant picking away at her self-esteem and confidence takes away her ability to believe that she deserves more.

Emotional abuse can be less visible and start off subtle. It’s not obvious, like physical abuse, but it leaves invisible scars and an empty shell of a person where she once stood. She may begin to feel like this treatment is normal, and she did something to deserve it. Worst of all, after each and every act of violence, it is almost always followed up with some form of reconciliation, where she begins to think he might actually be sorry, until it happens again. This is known as the Cycle of Abuse and, although it looks different in each relationship and follows a different time frame for everyone, it is a 4-part pattern that helps to identify domestic violence, and acknowledging it is the first step in leaving it.

There are so many reasons why women don’t just leave, but, ultimately, one of the biggest reasons is because it’s dangerous. In fact, the most dangerous time in an abusive relationship is actually post break-up, and women are 70 times more likely to be killed after they have ended the relationship. Bottom line- as a society, we simply aren’t equipped enough to deal with domestic violence. We don’t have enough resources to support women who finally escape. And it’s always harder before it gets easier.

After months or years of abuse, it can just feel easier to stay, because jumping through the hoops of society’s limitations makes it feel like it isn’t worth it. So she stays. Or she leaves and goes back. On average, it takes women seven tries to leave for good. So, how can you help? Just being there is a good start. Abusers often isolate their victim, so they feel like they have no friends, supports, or anywhere to go. Listen, and keep reaching out after she has given up on trying. Encourage her to reach out to a local women’s shelter to get support on how to keep herself safe while she is still living with her abuser. More importantly, be patient. It may seem obvious to you what she needs to do, and how she should do it, but remember, that it’s never ever that simple.