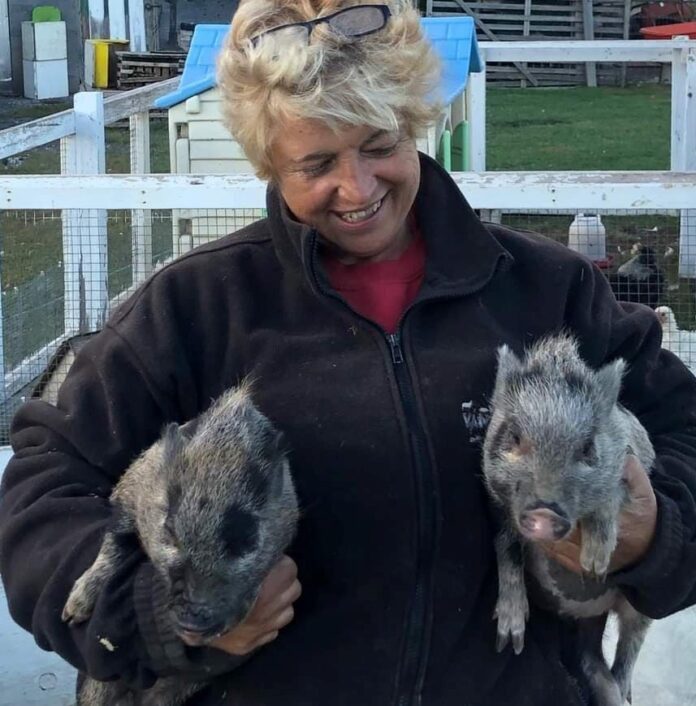 After twelve years in business, Ruth Vanderlaan, owner and operator of Vanderlaand the Barnyard Zoo, wondered if the pandemic was going to shut her business down.

Prior to Covid-19, the bulk of business for the Barnyard Zoo was mobile installations. Ruth takes her animals on the road, and shares them at schools, daycares, parties, seniors’ residences, and special events. She’s even taken her goats to meet some Youtubers. Vanderlaand the Barnyard Zoo HQ regularly welcomed visitors, but 90% of the business came from taking the animals out to the people.

Covid-19 shut down Ontario in mid-March. Schools remained closed, and Easter came and went. Regular customers began cancelling long-standing engagements planned for the summer. When schools remained closed into April, and people began to realise things weren’t opening up again, Ruth began to think that they might lose the whole summer. 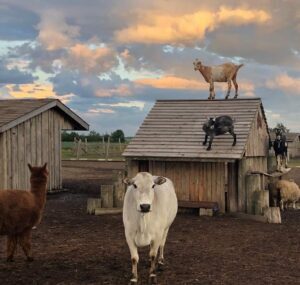 Ruth didn’t know if she would be able to feed her animals. With the province on lock-down, and no one hiring her animals, she didn’t know if she would be able to keep them. Her animals are very good at their jobs. They are professionals! But outside their ambassadorial role, their skill set is limited. In short, they aren’t worth much to anyone except for Ruth and her Zoo. If she couldn’t feed them, and she had to close up shop, she could never replace them.

Ruth is adamant that she is NOT an animal rescue. Sure, she’s picked up a couple of odd-looking South-Asian Zebu cows at a sale barn, been offered too many not-so-miniature pot-bellied pigs to count, and she did take in the caged goats someone dumped beside her laneway and gave them a home. (The goats had managed to upend their cage and roll it around a few times while still in it!) When people suggested she hold a fundraiser to help feed her animals, she wouldn’t, because, she says, she is not a rescue. Irregardless, she has provided a home and job for a good number of animals that other people haven’t had any use for, and, as she pointed out when she discovered the cage of goats rolling around at the end of her lane, she will do her best to help find homes for unwanted animals. She also educates people about animals, including telling people that most miniature pigs, are, well, decidedly not miniature! 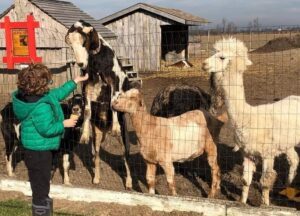 So, with 90% of her business cut off, and unable to take her animals out to the people, she decided to focus on making sure that whenever possible, the people could come to the animals. In a normal year, they open up for visitors in May. In 2020, she opened up for Easter, not too sure if people would come. They did. And they kept coming. She counted people, provided hand sanitiser, and kept her playground closed. Plexiglass wasn’t in the stores, but a friend had some. One woman asked if she needed hay. When Ruth said yes, the woman turned up with 100 bales a few days later. The Barnyard Zoo goes through about 3000 bails of hay in a year. Feed, not including hay, costs $1500-$2000 a month.

Thanks to some warm weather, they stayed open into November, but they are closed now for the winter, and no one knows what spring 2021 has in store! Ruth says the one silver lining has been “talking to all the amazing lovely people.”

Vanderlaand stayed open this summer thanks to word-of-mouth, and good people coming to visit. The municipality has not done anything exceptional to support or advertise local small business. Most cannot access any of the federal support programs. They need your support right now! (I have reached out to Mayor & Council for comment regarding their support of small businesses in North Dundas, as well as to the Economic Development & Communications Officer.)