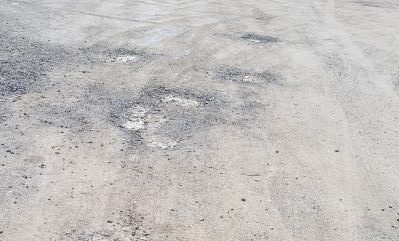 Potholes. Potholes everywhere. That describes spring driving on most roads except the most meticulously cared-for county roads – and not just this spring, but every spring since I began driving over 11 years ago. Complaints I have heard from conversations with area residents, as well as social media users, have criticized local governments particularly harshly for the condition of the roads this season. “If my vehicle has to be road-worthy, then the roads should have to be vehicle-worthy!” is one of the more common arguments I have read and heard. Others have complained about the relatively high taxes we pay when one considers how awful some of the roads are.

There is no denying that many local backroads are practically impassable. Driving on some will make your car quite literally vibrate, and don’t even think it’s just a matter of avoiding the potholes because there is no smooth path to be found. The issue is that potholes are not new, and asking local governments to fix them instantly without hiking taxes is about as fair as a one-sided coin. From research I have done, it seems that the average price for overhauling a pothole-laden road is about $60,000 per kilometre (this would be essentially “re-doing” the road with a load of fresh gravel and maintenance). To pave a bad road, the cost would be 10-fold, at about $600,000 per kilometre. Of course, these figures are averages that depend on many factors. The cost may seem like peanuts to area ratepayers, but municipalities are not wealthy. Tax revenue in North Dundas is projected to be just over $7.2 million this year. In larger North Grenville, the projected tax revenue for 2022 is just over $16.5 million. This means that in North Dundas, depending upon the width and condition of the roads, the Township could spend all of its annual tax revenue paving just 12km of road, or overhauling 120km of gravel roads. In North Grenville, these numbers would be 27.5km and 275km of road, respectively. Bearing in mind that this would eat away the entire tax revenue fund, and leave no money for municipal services, it is easy to accept why local politicians don’t simply “fix” the roads – it turns out roads are expensive.

As we all know, municipal crews make their rounds and fill potholes as quickly as they can this time of year, but there is a limited number of staff for a very big job. Why not hire more staff, right? The problem is, these “pothole-filling staff” would likely not be needed after the job was done, and in today’s job market, hiring a permanent employee is tough, let alone a temporary employee for just a couple of months. As much as we like to focus on the negative, we also have to acknowledge bad sideroads that have been paved in the past couple of years, and that re-doing a few roads each year is what the budget allows. When it snows, we thank plow operators. When it’s slippery, we tell one another to take our time as crews are working as fast as they can. When a water main breaks, we understand there is work to be done, and patience is required. When we hit a pothole, we simply hate it. It seems that when it comes to backroad driving, we need to learn to adjust our routes when possible, drive extra slow, and know that crews are on the job and need our patience and understanding. That is the other side of the coin.