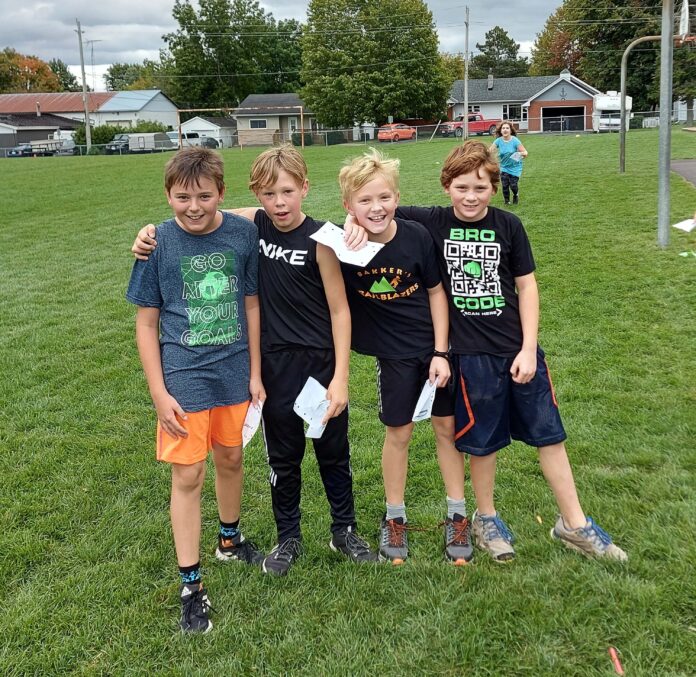 The Times was on site at Winchester Public School, where students remained in their classroom cohorts to allow them to remove their masks while walking around a designated zone of the yard.

Students were optionally invited to bring a donation for the Terry Fox Foundation, but all students participated in the Run regardless. Students eagerly tallied their laps around their zone using a shoe-shaped cutout which teachers punched a hole through after each lap.

The Terry Fox Run is an event named after Terrance Stanley “Terry” Fox, who endeavored to run the entire way across Canada in 1980 to raise awareness about cancer and to raise money for cancer research after a battle with cancer that cost him most of his right leg.

Terry was from Port Coquitlam, BC, and he began his journey by dipping his leg in the Atlantic Ocean on Canada’s East Coast on April 12, 1980, with the goal of running all the way home. Terry’s journey was tragically cut short on September 1, 1980 in Thunder Bay, after running a remarkable 5,373 kilometres. His cancer had returned – this time to his lungs – and on June 28, 1981, Terry passed away, but not before insisting that his Run and the fight against cancer must continue.

Supervised by the Terry Fox Foundation, the Run has raised over $800 million in Terry’s name to fund cancer research. Events are held both in Canada and internationally, with money being raised in other countries usually being used to fund research in the host country.

Those interested in learning more about Terry Fox and his legacy can visit https://terryfox.org/.