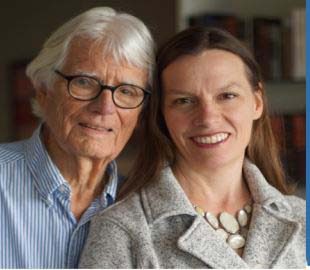 A report from the Massachusetts General Hospital and published in the New England Journal of Medicine tells an interesting story.

A 62-year-old man, over a two-month period, developed numbness, a “pins and needles” sensation in his hands, shortness of breath, trouble walking due to severe joint pain, and he began to turn yellow.

Anyone faced with all these problems would think the end is near and start planning to say goodbye to loved ones. In retrospect, his symptoms could have been even worse. He could also have faced paranoia, delusions, memory loss, incontinence, loss of taste, and more.

But this man had a pinch of good luck. Tests revealed he had a deficiency of vitamin B-12. He wasn’t going to die. But how did he develop such acute deficiency, and how can you be sure you’re getting enough of this vitamin?

B-12 is an important vitamin. The adult human body needs 2.5 micrograms daily so red blood cells can carry oxygenated blood to the brain, nerves, and DNA. Since B-12 cannot be made by the body, it must be obtained from diet or supplements.

What causes a lack of vitamin B-12? Some people simply don’t get enough in their diet. Others, even if they consume sufficient B-12, fail to absorb it. This is why deficiency is especially common among the elderly. One person in five over age 60, and two in five over 80, fail to absorb B-12 from food and they require a supplement. Another reason can be autoimmune disorders that make it difficult to absorb B-12.

It’s also possible to be low in B-12 if you’re taking medication, such as, Prevacid, Losec, and Nexium, used to treat acid reflux or a stomach ulcer. Even less powerful drugs, like Pepcid, Tagamet, or Zantac, reduce the production of hydrochloric acid. Intestinal problems, such as celiac disease, Crohn’s disease, and excessive alcohol consumption, reduce B-12. And, with more people using gastric bypass surgery to lose weight, B-12 intake can become be affected.

You can be young and develop a lack of B-12. Plants do not make B-12. So, among the growing numbers of young people striving for a strict vegetarian or vegan diet, there is a high risk of B-12 deficiency. Fortified grains can be a source of B-12. Blood work will show if additional B-12 supplementation is needed.

There are many reports lauding the use of B-12 to prevent heart disease, infertility, fatigue, eczema, and a long list of other chronic health problems. But, according to Harvard researchers, these reports are all based on faulty evidence.

Good sources of dietary B-12 intake include steak, fish, poultry products, and eggs.
Are you wondering why the patient had yellow skin? Red blood cells become fragile with decreased amounts of B-12. Then they release bilirubin, produced by the liver, into circulation, resulting in jaundice. If your skin is getting yellow, see your doctor for blood work.

Finding truth in science is a moving target