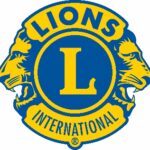 There is a sense of pride in being a “LION”, for it is truly an honour, something to be proud of. There’s a feeling of pride and satisfaction that goes with the pin as you fasten it to your lapel, and it might just be my imagination, but it seems as though we stand a little more erect and walk a little taller when we put on the purple and gold. We wear the emblem because we are proud to be Lions, and we want to be associated with all that it stands for. We want to be seen.

And people do see us. How could they not? Everyone sees the Lion who stands at a roadblock amid rushing traffic and asks, “Will you help buy a kidney dialysis machine”, or who knocks on the door while winter wind whistles under his collar, and asks the stranger who answers, “Would you care to donate to the Canadian Institute for The Blind?” Or how could they not help but see the Lion who stands behind the counter serving people their Easter Dinner? Or maybe the Lions who work at the Bingo by donating their off time, or the Lions who haunt the streets and shopping centres seeking broken glasses or old wheelchairs, other people’s cast-offs, to give to someone who needs but cannot afford them?

Everyone sees that Lion and their eyes reflect their admiration. The Lion, of course, truly deserves it. But there is another Lion, the one they never see. (S)He is the Lion who sits long hours in Committee deliberations; (S)He is the Lion who silently creeps back home, tired after a long and fruitful roadblock; the Lion who takes their shoes off after walking the streets to knock on a hundred doors for the Blind; the Lion whose legs ache after standing cooking and serving dinners; the Lion who feels discouraged after being unable to complete a successful fundraiser; and the Lion who pulls the blankets up over their tired shoulders and drifts off to sleep, content in the knowledge that they have given their best to help someone else’s life be just a little bit better.

People will see the blind man with his guide dog, and they will know. They will see the wife and child hug the father who has just been provided with a life-saving kidney dialysis machine. But they’ll not notice the Lion standing back in the shadows, but that LION WILL KNOW. They’ll not see the food delivered to the hungry family or the cheque given to the crippled child, but the LION WILL KNOW. You see, that’s the reward of Lionism – having that wonderful and blessed experience of being THE LION THAT NOBODY SEES!

VOLUNTEERS
Many will be shocked to find when the day of judgement nears,
That there’s a special place in Heaven set aside for volunteers.
Furnished with big recliners, satin couches, and footstools,
Where there is no committee chairman, no group leaders nor carpools,
No eager team that needs a coach, no bazaar, and no bake sale,
There will be no campaigning for funds, not one thing to fold or mail.
There will be nothing to staple, telephone lists will be outlawed,
There will be no buildings in need of repairs, nothing to be painted or sawed.
‘Cause a finger snap will bring cool drinks and rare treats fit for a king.
Who will serve these privileged few and work for all they are worth?
Why, all those who reaped the benefits and not once volunteered on earth!

HOW CAN ONE BECOME A LION