The government of Ontario declared a second Provincial Emergency under the Emergency Management and Civil Protection Act on January 12. This allowed them to enact further restrictions in order to halt or slow the spread of Covid-19. It came into effect on Thursday, 14 January.

People were confused. The government has been criticised at many points throughout the pandemic for unclear or inconsistent messaging. One example is that many people still think that they can visit with people in their “Bubble.” The idea of a Bubble came about as restrictions were relaxed when the government attempted to open up the economy. People were encouraged to consider themselves part of a limited social circle, or Bubble. You could visit with people in your bubble, as long as Bubbles stayed intact. We no longer have Bubbles.

We have been told to stay home, except for essential needs. Everyone who can work from home is to do so. The Stay-at-Home Order allowed increased oversight of employers who may not have been encouraging working from home. Ford noted how many people were working in downtown Toronto now, compared to March, April, and May of 2020.

We can get groceries and household goods, pet food, or medications. We can attend medical appointments, or access social services, health supports, mental health supports, or addictions support services. We can get take out food from restaurants. We can take groceries or other essential items to someone in need. We are explicitly allowed to drive children to daycare, or to another parent’s residence.

The confusion came around exercising, and being outside. People can leave their house to exercise outside, and they can use an outdoor recreation facilities, like trails, rinks, hills, and the like. People wondered how many people could gather together outside. Similar to the confusion around the Bubble, people interpreted the new rules through what had been allowed before. The answer to how many people can gather together outside is zero. Go out, exercise with your family or by yourself, go home. Public health departments now declare that masks are important even outside, yet previously we were told they were not necessary. We were told that outside was generally safer than being inside, but now we are told to not be near people outside and wear masks when possible. 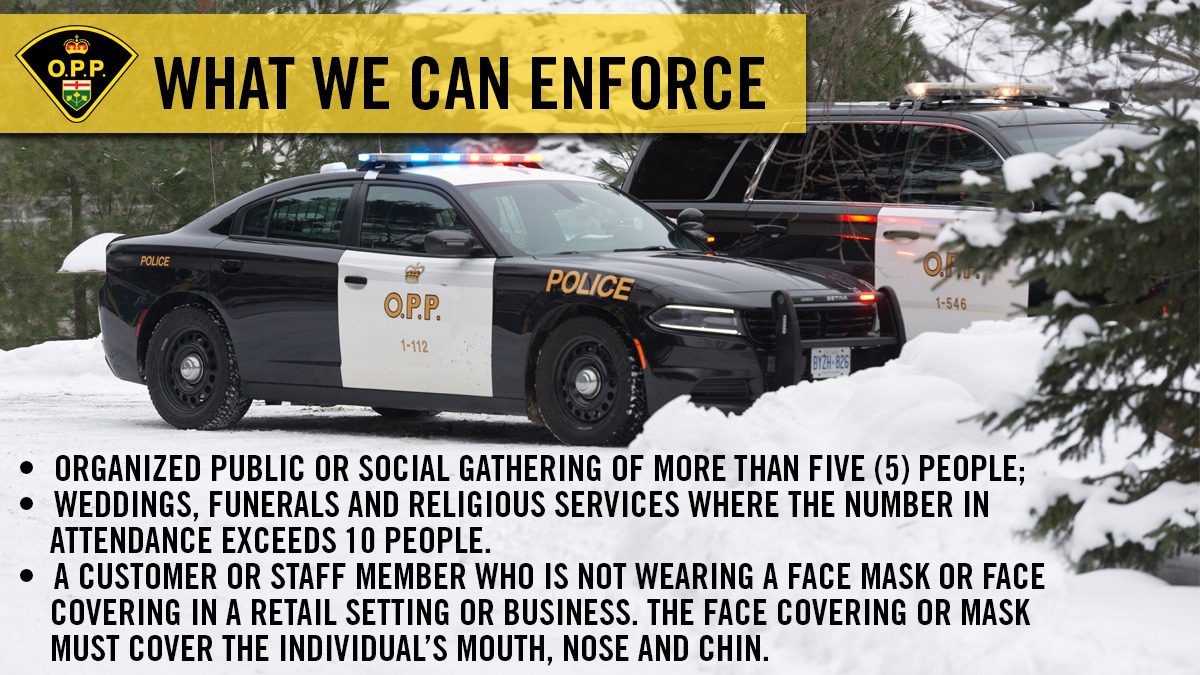 Messaging from outside our area adds to the confusion. Areas in Ottawa have put limits on the number of people allowed to use outdoor amenities like outdoor rinks. Masks are to be worn. Tickets and warnings were handed out. One City of Ottawa Councillor was calling for more ticketing when people were too close on tobogganing hills. Entities like the National Capital Commission, who has jurisdiction over the Rideau Canal and the Greenbelt, added to the confusion, and to the sense of the absurd, spectacularly when they declared that, once open, the Rideau Canal Skateway should only be visited by those within walking distance. When pressed, they explained that people should enjoy whatever NCC area is within their immediate neighbourhood, making people wonder if they would be ticketed if they went to one of the cross country ski or hiking trails, or the canal.

After the Stay-at-Home order was rolled out, and people started shaking their heads and saying “Clear as Mud,” Ford said, “Folks, there is no confusion here, it’s very simple. Stay home. Stay home. That’s it!” When pushed, Ford said everyone needed to use “judgement and common sense.” Which sounds sensible. Until you actually try to figure out if you can go skating if you have to drive to a skating rink!

The party we’re not invited to