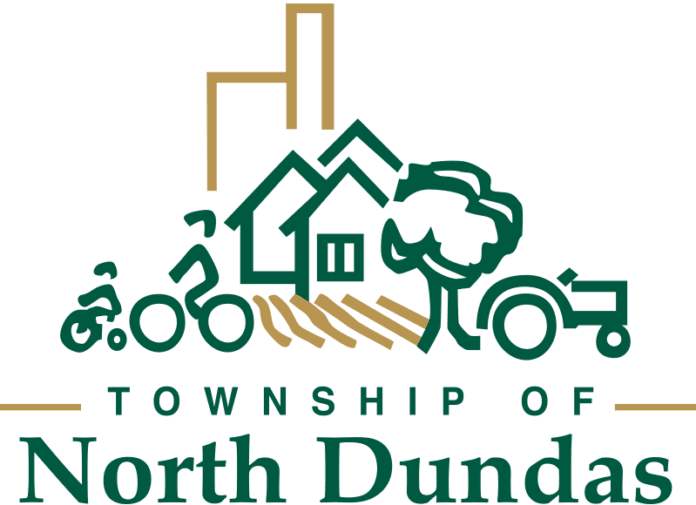 The Council of the Township of North Dundas held their regular meeting on May 25. Although the meeting was regularly scheduled, there was a bit of a surprise expenditure awaiting the Mayor and Councillors.

The chiller at the Winchester Arena needs to be replaced.

When AC Mechanical Refrigeration was performing annual end-of-ice-season shutdown maintenance to the refrigeration system, they found low brine levels in the expansion tank. A length of steel pipe outside of the header trench was rusted and needed to be replaced. The valve on the brine filter had split, and there was an ammonia leak in the brine line.

There is no way to repair defective tubing inside of a steel chiller, necessitating a new chiller. In addition to the cost of the chiller at $72,450, it is expected to cost $110K total at most to remove and dispose of the old brine, replace the chiller, and possibly repair the impeller.

This was not an expected expense for 2021 because the unit was not expected to be at the end of it’s serviceable life. It was expected to last 20 or 25 years, but has lasted 17. The unit has received regular maintenance, servicing, testing throughout its life at the appropriate times.

The budget amendment of $110K will be made up through $16,500 from the surplus from the roof replacements in the Mountain Memorial Park, and the rest, up to $93,500, will be funded from General Working Reserves.

The park in South Mountain is now officially the Rick Cauvier Memorial Park. The Mountain & District Lion’s Club has donated a park bench, two picnic tables, a sign, and flowers. The new pavilion will be called the Lion’s Club Pavilion.

The fence in Winchester’s Sox Field requires some more repairs, and there will be new park signs for both Veteran’s View Park in Morewood and the Rick Cauvier Memorial Park.

Speed limit reduced to 60 km/h
Ronson Road is a dead-end road near Mountain where both adults and children must walk on the road to get to school buses. The speed limit is 80 km/h. Council voted to reduce the speed to 60 km/h because of the dangers posed to pedestrians by speed.

Emergency management
The regular annual emergency exercise that is required under the Emergency Management and Civil Protection Act was cancelled in 2020 because of the pandemic. The Association of Municipalities of Ontario expects that the exercise will be cancelled again this year.

Fire-fighting
The Driver Training Program Policy for firefighters has been updated. Vaccine clinics have gone well at the Winchester Arena, and the fire fighters have been helping.

Recreation
The Recreation Department, Mayor, and Council, are all trying hard to get the pools ready for the summer. They are having problems with getting lifeguards re-certified because of all the closures. Lifeguards require recertification of both lifeguarding and first aid on a regular basis. There is a possibility that Cornwall Recreation Department can help get lifeguards re-certified quickly as soon as things open back up. There is a backlog of all such programs. Mayor Fraser says that we “need to take full opportunity if Cornwall can help with re-certification.” Deputy Mayor Armstrong said “we need to do anything we can” to get the pools and recreation programs up and running.” Of the initial nine lifeguards that were hired tentatively, some have found employment elsewhere. The recreation department is currently waiting on the go-ahead from EOHU.

The Art of the Waterfront Committee is working on a Movie Night on August 13 or 14 with the Fairground in Chesterville.

The Winchester Downtown Revitalization Committee ordered flags for the downtown, but they were missing the pockets to put the poles in. The Committee thanked Mr Cross for help getting the Christmas sign down, and are working on updating rules about removing signs in a timely fashion.

Education report
Mayor Fraser and Deputy Mayor Armstrong, who both serve on the United Counties SD&G Council, said that the Education Committee and the Rural Schools Initiative at the Counties Council is well supported by all County Councillors. The Rural Schools Initiative seeks to ensure that education in the rural areas is of a quality similar to urban schools. We currently are underserved. Mayor Fraser says that sometimes “We seem forgotten by the province.”

Finally, Council has put together a job description for the Communication Officer. They would like to get it out there as soon as possible. The position will be a contract position for the term of a year, for 20 hours per week. Council would like this position ready as soon as the province opens up so that they can promote what is going on in North Dundas.