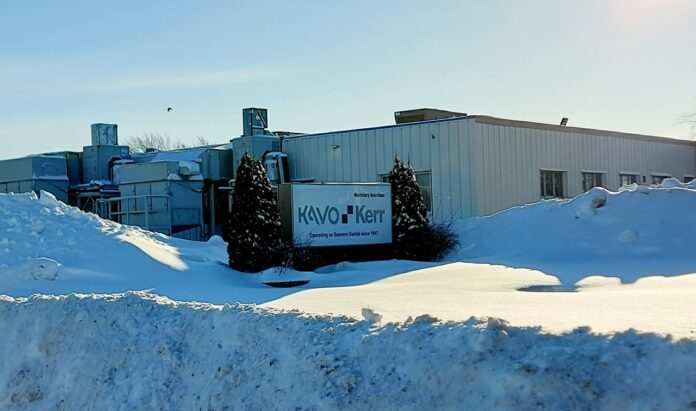 News broke last week of the expected closure of the KavoKerr factory in Morrisburg, known to locals as Beaver Dental. The factory currently employs about 150 people and is reported to be Morrisburg’s largest employer. It opened about 75 years ago, and has provided employment to countless locals throughout the years.

Reports have not specifically stated why Beaver Dental is closing. Both South Dundas Mayor, Steven Byvelds, and SD&G MP, Eric Duncan, expressed sympathies to the community in light of the news, particularly those individuals and families who will be directly impacted by the loss of employment. The factory will close by early 2023. The Municipality is offering assistance to those affected, but there is a limit on what type of help can be provided.

The Municipality cannot offer financial assistance, but can provide information for affected individuals on applying for government social assistance, such as Employment Insurance. Eric Duncan’s office has offered to help the workers find new jobs once the factorycloses. Reactions to the factory closure online were understandably negative, with many expressing sorrow on behalf on those who will lose their jobs. A few social media users pointed out that many townspeople are likely now regretting their opposition to a proposed cannabis growing facility that had been planned to open up in Morrisburg, considering that the town could use the jobs now, more than ever. Morrisburg made the news late last year over concerns that the smell of the cannabis facility would permeate other businesses, including Eckel Noise Control Technologies, and the McIntosh Inn. It is not clear whether a final decision has been made regarding the opening of the cannabis facility.