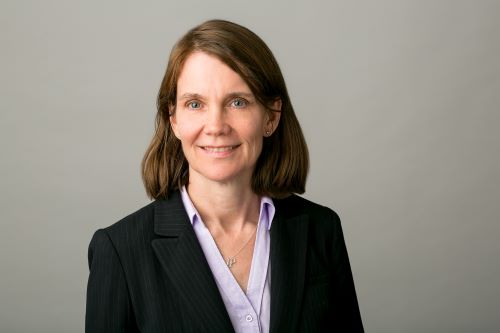 Julianne (Julie) Lamb was recently appointed to the Supreme Court of British Columbia. Julie was raised in Mountain Township and is a former graduate and valedictorian of North Dundas District High School. She is the daughter of Jill Lamb and the late Robert F. Lamb.

At the time of her appointment, Madam Justice Lamb was one of the managing partners at Guild Yule LLP, a firm that became family to her over the last dozen years. She was a civil litigator who focused on professional negligence matters, complex personal injury claims, and insurance coverage disputes. She also defended professionals in regulatory proceedings.

Over the course of her career, Justice Lamb volunteered regularly for continuing legal education, including as co-author of the insurance chapter of the British Columbia Annual Practice for the last ten years. From 2014 to 2019, she was an adjunct professor at the Allard School of Law at the University of British Columbia, teaching the insurance law course. She was elected bencher of the Law Society of British Columbia in 2020 after serving as a non-bencher member on two Law Society committees. Having learned from the best of mentors, she has tried to pay it forward to the younger generations.

Justice Lamb is the devoted mother of Matthew, Megan and Liam. They officially welcomed her husband, Dan Abel, and his son, Hunter, to their family in July 2019.