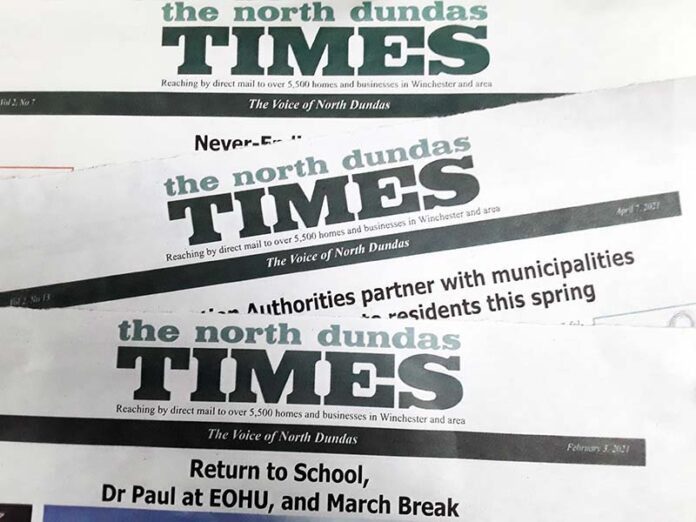 Last year, we all felt that Canada Day was a bit of a miss; not the usual opportunity to celebrate the land and the people, to sing the songs and enjoy the festivities. Maybe next year, we fondly thought, when the pandemic is over.

That seems like a long time ago now, and this Canada Day was, if anything, more fraught with issues of identity, history, tragedy and shame. Not a good time to celebrate Canada.

Some communities cancelled whatever celebrations they had planned, having reacted with horror to the stories of residential schools and unmarked graves of children.

What was there to celebrate, they asked? Canada’s reputation around the world has certainly been battered. Stories in newspapers abroad not only reported the residential schools stories, they also pointed to the west coast heat wave as a warning of what was soon to be coming to all parts of the world because of climate change.

Neither story was one you would want as the focus for Canada Day.

An example of this is a headline in the Guardian newspaper on an article written by Mumilaaq Qaqqaq, Member of Parliament for Nunavut, “This Canada Day, let’s remember: this country was built on genocide”.

There are of course those who believe the entire thing has been exaggerated. They are tired of hearing about the residential schools and everything associated with them. Calls for reconciliation are dismissed as mere whining. One online comment on the Times Facebook page simply stated: “I don’t have any interest in reconciliation; we do that via massive tax donations to Indians every year.”

This is a very inaccurate picture of how indigenous communities are funded, especially since so much of those tax “donations” go to pay for a government bureaucracy made necessary by the Indian Act, which was a Crown initiative designed to “civilize” the indigenous people. What did “civilize” mean? Well, that same poster complaining about tax donations makes the following statement: “ I don’t know what the term “reconciliation” is supposed to mean, nothing will erase history.

The focus should be to get people off reserves, educated, healthy and fully integrated with the rest of Canadian society.” That is exactly what the British intended in 1830 when they began the Civilization Policy for indigenous people. This ultimately led to the Indian Act in all its manifestations. And that is what led us to the present crisis.

Perhaps reconciliation should be more about asking indigenous people what they mean by the word, instead of the wider community and government deciding that for them, as with the quote above?

The first time indigenous leaders were invited by the Canadian Parliament to meet and discuss indigenous matters was in 1947. Yes, 1947. And even then, it was considered a major and generous gesture by the settler community to even allow this to happen. The consultations did not last very long.

There are arguments put forward that have validity and need to be addressed, including the one above that says: “nothing will erase history.” It is true that in many other countries, there is a tendency to say to victims of colonization and imperialism: “That’s history, tough!” And that kind of thing might be fine when it really is a matter of history. But that is not the case here in Canada.

The past is present and the victims are still suffering to one extent or another.

If Canada is the nation it has always prided itself on being, we should be able to address the past and the present and work to ameliorate the effects we find are still impacting on peoples’ lives.

I am an immigrant to Canada, coming from a nation that has also experienced the horrors and long term effects of colonization. What I found in this country was liberating, wonderful and full of possibilities.

I have spent my entire career as a historian working with indigenous communities and learning the real history of Canada. It isn’t always pretty. But I do believe that Canadians are not just acting out of nastiness, racism, or other offensive beliefs and behaviour, though, sadly, some are.

The real problem, I believe, is ignorance.

Most people simply don’t know the facts. This is true, not just of those such as the commentator quoted above, but also of those well-meaning and liberal thinking people who see everything in stark terms. Everything indigenous is good and pure, and everything settler is nasty and evil. That is just as negative and unhelpful an approach to history and facts as the racist one.

In the past, I have been condemned as a racist myself by readers of this paper, because I tried to point out that the situation is not what most people seem to think. If we want to solve our problems, we have to know what they are. Finding solutions to problems that don’t exist in the way we think they do is not going to solve anything. Are we mature enough yet, as a country and a people, to step back and ask for information, for the facts of history in all their complexity, horror, and tragedy, as well as the stories of people who were heroes, who tried to do the right thing, even if unsuccessful, or even misguided?

There are heroes as well as villainsoffesnvi in our history.

This year, Canada Day was different. Maybe it is time to look beyond, to look through ourselves into our real identity as a nation, and deal with all of it, good and bad.

That will take a lot of courage.