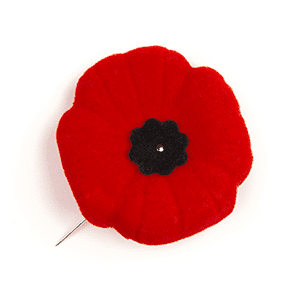 It’s all about remembering on Remembrance Day, and phrases are used so easily: “Lest we forget”, or “We shall remember them”.These kind of sayings can become just cliches, if we’re not careful.

The familiarity of repeating these same words year after year, of seeing the same wreaths surrounding cenotaphs, hearing the same Last Post being played on a trumpet, or another version of Amazing Grace in bagpipes, all of these can be experienced without ever impacting us, except on a temporary and relatively superficial level.

Every year, the Times has a special issue for Remembrance Day, and this is it for 2021.

Rather than remaining general, we try and be specific: to give a brief account of individual men who went through the horrors and trauma of war. A photograph, or some individual fact about one of these men, can provide an opportunity to say “I remember you”, the person, and not just the amorphous mass that are represented in the millions of white crosses in foreign graveyards, or the hundreds of thousands of names inscribed on cenotaphs in every community.

To be completely honest, I find the research involved in writing these short biographies to be deeply depressing. So many young men with lives cut short in tragic and horrific ways.

Another of the sayings that become cliches is “they shall never grow old”, and we take a strange form of comfort from that. But the truth is that they never got the chance to grow old, never knew life with a lover, with children and grandchildren. They were fed into a system that threw their lives away before they could properly begin,
Not all of them died in the war.

Many came home, but not the same people who left. We know about PTSD now, but more than 3,000 British and Commonwealth soldiers were put on trial by their own side for cowardice, desertion, or refusing to “go over the top” one more time.

More than 350 were shot at dawn. Very many were simply ill, and some were clearly not guilty of any of the things for which they were killed. Hundreds of thousands came back with wounds that were more than physical, though those wounds were very real. I don’t think I’ve ever heard of a veteran who was happy and eager to talk about what they had seen and done “over there”. Some things cannot be put into words, even when the nightmares remain.

This issue, we looked at one short period, around the year 1916, because there are simply too many years, too many names, to cover in one issue. And these individual men deserve a memory. It was a very bad year, as they all were. But 1916 saw the Battle of the Somme.

We think of battles lasting hours, even days; but the Somme went on from July until November.

Casualties were unbelievably horrendous, but no-one is really sure of exact numbers. Officially, over a million men died on both sides, including 24,000 Canadians. That was just one battle in the four years of catastrophe.

It is right, even essential, that we remember this, and those men who died, were wounded, came home broken. But that is not easy. Our annual memorials are clean: clean uniforms and clean cenotaphs. No veteran who lived through the 1914-1918 war remains to tell us the realities of that time, so we have to make an effort to find out.

Soon, the same will be true of 1939-1945. Then all we’ll have left are the little bios, the photographs, the written records.

I’ll be very honest here: I find the whole thing deeply upsetting. I don’t like putting this issue together every year, because I’m never sure if we do the young men justice, not properly. And I’m angry, really deeply angry, that they were put through all of that because three cousins, the Kaiser, the Czar and the King of Britain, put ego and boasting before the lives of their people. Because it wasn’t the War to end War, it was just part 1, and part 2 came just thirty years later. More slaughter.

One thing that came out of WWI that was different from other wars: the actual men were remembered in monuments and cenotaphs, not just the generals and the kings.

This wasn’t out of a change in their status in society. It was because of the enormous impact that losing a generation of young men had on communities. Young women, parents, and younger siblings kept their memory alive. In the Commonwealth and Britain, this led to Remembrance Day. In other countries, it led to revolution and the downfall of those empires that had sparked the war.

By 1919, only the British Empire survived, and it was mortally wounded. The new empires were rising: the United States and Russia. Part two would see them consolidate their positions.

I don’t know. Is this all too little, too late? Can we, should we, continue to remember this way? I have an idea: instead of repeating the moral blackmail of Flanders Fields, with its warning that the dead would not rest if we didn’t remember them, let’s try and pick one man each year to remember. Sadly, there are names on cenotaphs everywhere, including our own community, that have names inscribed for whom there is no information. We know nothing about those men, for some reason.

So, this Remembrance Day, however you mark it, maybe you could pick one of those names and spend the day thinking about them, wondering who they were and who they may have left behind, if anyone.

Think of them and say, “I remember you”.