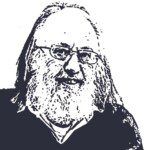 I blame Richard Nixon. It seems like we are daily bombarded by stories of political sleaze and corruption. People’s trust in governments, in authority of any kind, is at a very low ebb indeed. And I blame Richard Milhous Nixon. Yes, there was political corruption long before Watergate and Nixon’s other foibles. Other leaders had concealed important things about themselves, and I suppose very few gain power by being completely honest and open.

Franklin Delano Roosevelt, for example, kept his polio hidden from the world, hiding the fact that he was unable to stand or walk unaided, and resorting to clever stratagems to appear strong and in control. I imagine this was rather important for the leader of the fight against Hitler and Tojo. In our own past, how many citizen voters knew about William Lyon Mackenzie King’s habit of having conversations with his dead mother and pet dog via the exertions of mediums at seances? He said of Hitler that he “is really one who truly loves his fellow man”. Yet he was Canada’s longest serving Prime Minister, holding office between 1935 and 1948.

Historians are usually the first to find out about the odd and eccentric character of politicians, as they pore through the papers and diaries of the departed.

Anyway, back to Tricky Dickie Nixon. Until he came along, most politicians were spared real scrutiny in public, largely because the media kept their secrets safe from public view. There was an attitude that private lives were private, and only a leader’s public affairs were fair game. But Nixon broke through that tradition simply by being himself: paranoid, lacking in the style and grace of a Kennedy, or the intellectual and military records of an Eisenhower. He never got on with reporters and editors, and they responded by openly loathing him. When he lost the election for Governor of California, he made that famous statement to the press: “Just think how much you’re going to be missing, because gentlemen, you don’t have Nixon to kick around any more.”

And that was a decade before Watergate. From Nixon onwards, no political or social leader has been exempt from intense scrutiny, as reporters everywhere dreamed of being the latest Woodward and Bernstein. With social media and new technology, it has never been easier for people to reveal hidden secrets of famous and powerful people. Sometimes, what is revealed is actually true. Muckraking journalism, but also good investigative journalism, and somehow Nixon opened that door.

Yes, there have always been scandal sheets and yellow journalism, but that was looked upon as a lesser form of the profession, a disreputable thing in itself. But now, every cable news network seems to have a permanent banner on screen saying “Breaking News”. Old attitudes of respect are gone. When Phillip Mountbatten died recently, the BBC gave over its entire schedule on all channels to the event. In the past, especially in the U.K., that would have been accepted and expected. Not so today. So many people complained about the extent of the coverage that the BBC had to set up a special web page to handle the avalanche of complaints.

So, I blame Richard Nixon. Or perhaps I should credit Richard Nixon. After all, looking back on the “good old days” of respect, cover-up, and fawning admiration, it is not something we would want to see return. We know we have a right to know whatever there is to know about the people we elect to lead us, or the celebrities we lavish time and money on. Is there a balance we can find between two extremes: the old deferential attitude, and the current fad for complete disregard for feelings, privacy, and respect? We decide these things by choosing what to watch, what to read, and, of course, what to write.