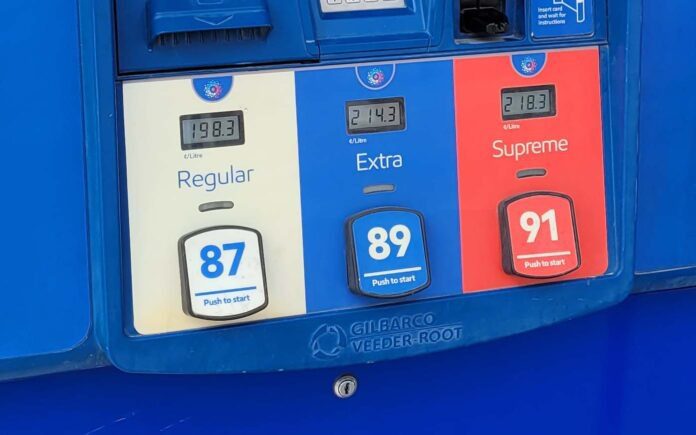 It should come as no surprise that as gas prices continue to skyrocket across the country, instances of fuel theft are increasing as well. A local social media user posted last week that fuel had been siphoned directly from the tank of his truck. Nearby gas stations have been posting an increased number of surveillance tapes showing fuel thefts, hoping for help from the public in catching the thieves. One CTV News report confirms anecdotally through gas station owner reports that fuel theft is indeed on the rise in Ontario. Prices crept over the $2.00 per litre mark, on average, this month.

Can we blame these thieves? Well, yes. Theft is theft. But high gas and diesel prices affect people much differently than other cost increases, especially in rural areas. Food costs are rising, and that hurts individuals and families; but food banks are open and ready to serve. Not having enough money for food does not automatically mean that one must starve. When hydro and gas customers fall on hard times and can’t pay their bills, Ontario has a ban in place preventing these services from being cut off in the winter months, so that those experiencing financial hardship won’t freeze.

Fuel is different. For a person living outside city limits, not having enough money to put gas in the car simply has no solution and no alternative, and it means not getting to work, which hits hard. Being short $100 (yes, $100) for a tank of gas can quickly turn into an entire week of lost wages, or job loss. That kind of pressure can make people do otherwise unimaginable things.

It is also important to remember the sheer size of the fuel price increase. Many local residents are surely feeling the impact of an inflation-driven rise in food prices, which has seen the cost of groceries rise by 3-10% since last year. In comparison, fuel prices have risen about 60% in the same time period. For a person driving a compact car with a 50 litre tank, needing to fill up just once per week to get to work, the increase in cost since last year amounts to a difference of about $160 per month.

Imagine having a larger, less fuel efficient vehicle, and a longer commute, with two commuters in one household. The increase in cost could run several hundred dollars per month. Fuel cost inflation has, quite literally, become the equivalent of an extra bill for anyone who commutes.

When it comes to fuel cost inflation, the federal and provincial governments need to act. This is not a political issue, it’s an emergency. Carbon taxes need to be removed from the cost of fuel, and regular HST needs to be removed as well, even if just temporarily, to provide relief until the situation improves. As much as many Ontarians may be wishing they could afford an electric car right now, the reality is that most can’t. Oh, the irony, that one must first be well-off to purchase a car the fuel source of which won’t cause financial ruin! It is time for governments to wake up and realize that in this chicken or egg story, an affordable economy must precede the purchasing of cars that run more affordably.