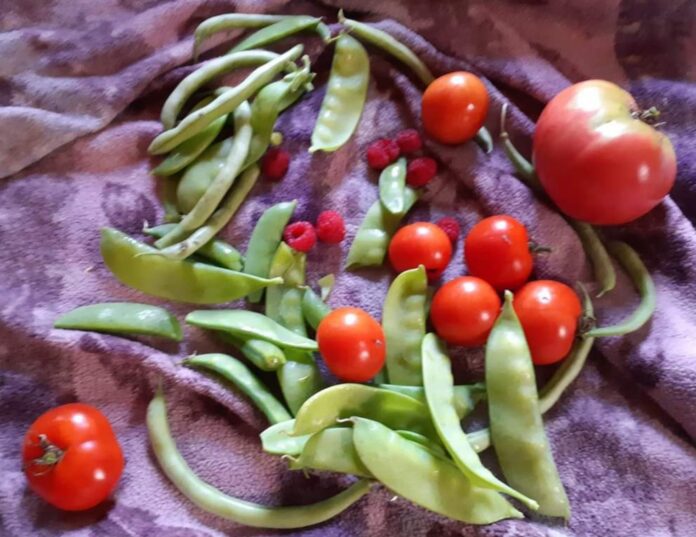 Those who start seeds indoors with lights and heat mats start pepper seeds anytime from the beginning of February onwards. Onions, celery, and things like celeriac want to be started at the same time. Gardeners have strong opinions about when to start tomatoes! Some start them at the beginning of March, some the beginning of April, and the rest of us somewhere in between. Eggplants also usually fall somewhere alongside peppers or tomatoes.

Those who plant early insist that their plants are big, strong, and healthy by the time they are planted out at the end of May, which is most certainly the case. The trouble with planting them early is that they can get too big before you can safely plant them out. Once you’ve transplanted the plants once or twice, you’re kind of tired of them, and just want them outside! If they get too big, they’re cumbersome to care for, and the tiny tray of seedlings you initially were so excited about are now taking over your living room! They can break when you’re carrying them in and out for hardening off. If you have cats or other critters, you have probably been playing keep-away since you first hauled the seed starting mix out in February!

When you plant tomatoes out in May, you can take bottom leaves off the plant, and bury a good portion of the stem. Roots will grow quickly, giving you a very strong plant. A tall plant is good for that, but also very unmanageable as we all count down to the end of May. Remember that plants started indoors have to be carried outside for increasingly long periods of time prior to planting them out, in order to harden them off. It is very easy to forget what a pain the hardening off process is in February when we’re excited about starting seeds.

Tomato seeds like heat, but don’t necessarily need it in the same way that peppers do. Germination will be faster with a heat mat, and if you live in an old, cold, and draughty house like I do, a heat mat is essential. Tomato seedlings are pretty durable, like peppers. Most of them don’t mind being transplanted. Because I have cats, dogs, and kids, I tend to plant a lot of one type of seed in a container, then transplant them into their own individual containers when they have grown their first set of true leaves. The first two leaves a seedling grows are called cotyledons. The next two are the first set of true leaves. Starting many seeds in one container saves space in your house, but also means you don’t need as many heat mats, or lights. Only do this with plants you know do well with transplanting.

Many people direct sow cool crops such as kale, cabbage, spinach, or peas as soon as the ground can be worked in the spring. Some of these cool crops don’t like to be transplanted, such as peas, so that’s really your only option. Some of them are fine being transplanted, so if you want to get a jump on the season, you can start some of the cool crops such as cabbage or broccoli. This would be a good time for individual planting cells or pots. They don’t mind being transplanted into the garden, but they are not as forgiving as tomatoes, so you don’t want to be up potting them unless necessary. It is really not necessary to start cool hardy, fast-growing greens such as lettuce or spinach inside. You can direct sow them as soon as you can work the soil.

When you are starting your seeds, and planning your garden, don’t forget flowers!! Some of them are edible, and all of them attract pollinators and help the bees. Many flowers also deter specific pests. Marigolds for example are easy to grow, they repel some nasty pests, and also attract beneficial insects. Many flowers are annuals, such as Zinnias and Calendula, and can be sown directly in the garden in the spring. You can start them early in the house if you wish, and they’ll be ready to go. Some flowers are perennials, and require cold stratification. Many of them benefit from sowing in the fall, or from being Winter Sown; planted in jugs outside. We covered Winter Sowing a couple of weeks ago.

What are you growing? [email protected]