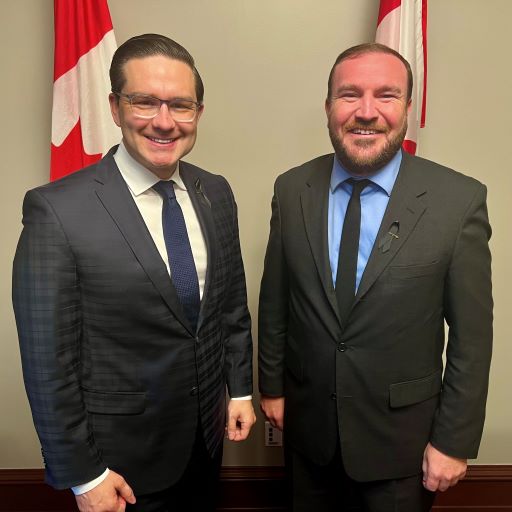 After winning the Conservative Party of Canada’s Leadership Election with a decisive mandate over the weekend, new Leader Pierre Poilievre quickly named his House of Commons Leadership Team, which includes Stormont-Dundas-South Glengarry Member of Parliament Eric Duncan returning to a key role. As part of the senior leadership team with Pierre Poilievre and his senior staff, Eric and his colleagues will participate in daily briefings and are tasked with leading the day-to-day strategies of the Conservative Caucus in the House of Commons and building a strong and national Conservative movement across Canada. Eric, who has served as a Member of Parliament for less than three years, has been renamed by Leader Poilievre as the Party-Caucus Liaison, after serving in the role under Erin O’Toole. Originally, Eric served on the Conservative’s Leadership Team as Question Period Co-ordinator before the 2021 federal election. As Party-Caucus Liaison, he will serve as a conduit between the National Conservative Caucus and staff, the Party’s volunteer National Council, and Conservative Party Headquarters. He will lead and coordinate several important aspects of the Party’s modernization and growth efforts including programs such as professional development, the Conservative Summer Internship Program, and other programs to build a strong and successful team of Caucus and staff members. “It is an honour to be asked by Pierre to serve on his Leadership Team. I am both humbled and excited to return to this important role in our Caucus. I’m ready to hit the ground running,” said MP Duncan. “Our Conservative message is very clear with Pierre Poilievre: Canadians cannot face any further tax increases under the Liberals and NDP. This fall, we will be focused on addressing the Liberal’s failure on inflation and the out-of-control cost of living situation in Canada.”

Eric Duncan unhappy with VIA Rail