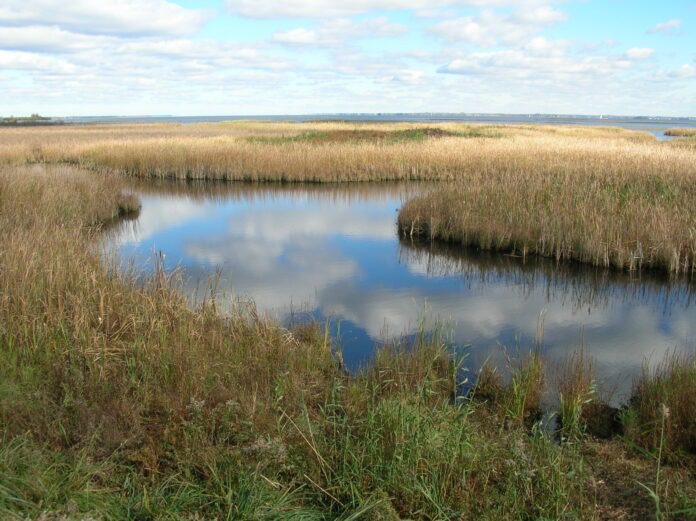 by Rachel Everett-Fry
In December of 2020, Doug Ford passed Bill 229, the “Protect, Support and Recover from Covid-19 Act”, that included changes to the Conservation Authorities Act.

Ontario Conservation Authorities identified several problems with the legislation, stating that their powers were being harshly limited, or even undermined.

At Cooper Marsh Conservation Area, located east of Cornwall in South Glengarry, the impact of the changes to the Act have already become apparent, and forewarns of what may come to other conservation areas.

Cooper Marsh is part of one of the most significant wetlands in Ontario and home to over 130 species of birds, wildlife, aquatic life, and endangered native plants.

Since 1997, the Cooper Marsh Conservators (CMC) have acted as stewards of the marsh: enhancing biodiversity, fundraising nearly three quarters of a million dollars since 2012, building boardwalks, and so on. The CMC did so without any formal agreement with the Raisin River Conservation Authority (RRCA) until 2017.

On July 16, RRCA ended their agreement with CMC. The RRCA stated their reason for doing so: “Over the past several months, CMC has been involved in political activities which are inconsistent with the RRCA’s statutory mandate. In general, no conservation authority in Ontario may, directly or indirectly, engage in political activities regarding development projects.” This is where things get fishy.

In July, 2020, the Township of South Glengarry posted notice of a proposed amendment to a zoning by-law to allow for the development of a 25-lot campground on the land adjacent to Cooper Marsh.

The CMC was, obviously, concerned about what the presence of such a campground would mean for the Marsh: the ecological disruption involved in such a dramatic increase of human activity would gravely threaten the already at-risk wildlife that have made their homes there. So, the CMC created a Facebook group to discuss the issue, wrote letters to council, and organized a petition requesting that council deny the zoning amendment request until further studies about the ecological impact were completed.

The CMC also stated that they sought “professional advice, analyses, and new environmental impact studies on Cooper Marsh, as a means of ascertaining whether the regulations, planning, and permits governing the proposed development were being met.” These activities were funded privately by CMC members, and they referred to these activities as the “Protect Cooper Marsh” campaign.

In May of this year, the RRCA told CMC that their activities through the “Protect Cooper Marsh” campaign were in violation of the agreement signed with the RRCA which prohibits the engagement in “political activities.” The Facebook page was shut down. By July, the RRCA terminated the agreement with the CMC, stating that their reason for doing so was the CMC’s “recent change of focus.”

Members of the former CMC are left to wonder: what change of focus? The CMC’s own mandate is: “to preserve and protect flora and fauna by protecting and maintaining the Cooper Marsh Conservation Area.” The “Protect Cooper Marsh” campaign was in complete alignment with this mandate.

What distinction can be made between a commitment to conservation, and political action? When the RRCA terminated their agreement with the CMC, the volunteers who have devoted years of service to the Marsh are permitted no greater involvement in the Marsh than the average citizen. As such, they are unable to abide by their mandate to preserve and protect.

In a statement about the cessation of their agreement with the CMC, the RRCA stated that they “will continue to conserve, manage, and enhance the treasured local natural heritage and maintain the trail system for the community to explore.” How they think themselves capable of doing so without engaging in “political” action remains to be seen.

The CMC has been unfairly treated, and Cooper Marsh is under threat. The issue clearly raises a legal problem about the relationship between “politics” and environmental conservation. Locals who have travelled to Cooper Marsh have been affected by this decision.

The issue raises red flags about what is to come province-wide, as environmental concerns are increasingly cast aside in favour of development: a movement that has been facilitated by Doug Ford’s changes to the Conservation Authorities Act.