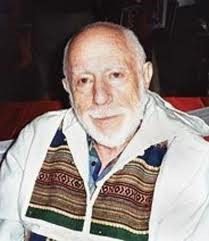 On October 28, 2011, Dundas County lost Alvin Schwartz, a novelist, essayist, and long-time comic book writer. He was a creator of Superheroes. While he was not born in Dundas County, he did live here from 1968 until his death in 2011. He was born in New York City in 1916. According to his son Orin, while he did many things in his long career, he first and foremost considered himself a novelist. However, he was also a writer for the National Film Board and for the Canadian Federal Government.

His early career was smack dab in the middle of what is termed the “Golden Age” of Comic books, in the 1940’s. This is when characters such as Superman, Batman, Aqua man, The Flash, Green Lantern, Captain Marvel and Wonder Woman were all created. He wrote his first Batman story in 1942. This expanded into a newspaper comic strip in 1944. That was also the same year he expanded to write for the Superman comic strip as well. By 1952, he was writing most of the superhero comics. He also wrote for Fawcett Comics, with the character of Captain Marvel. The movie industry of late owes him a debt for helping to develop these characters which we have all come to know today. Where would we all be without our familiar superheroes? Certainly, there would be a lot of unemployed actors today. We would also be hard pressed to find Halloween costumes without them. He left DC comics in 1958, after a clash over creative differences with the new editor. Apparently, the clash was over whether Lois Lane could have Superman’s powers passed to her. The editor said yes. He did not agree that this made any sense. He figured that this was a cue to move on.

At that point in his career, he changed directions. He used the skills developed in character development for marketing. He was then involved in marketing for the Institute for Motivational Research. This led to an appointment with the American Association of Advertising Agencies. He also continued to write. He crafted novels. SWORD OF DESIRE is a detective novel which was published in 1952 under the pseudonym Robert Tracey. THE BLOWTOP was published in 1948. Apparently, it had a cult following in France back in its day. Not one to retire, while in his 80’s he wrote AN UNLIKELY PROPHET. This was published in 1997. This is a memoir of his years with Superman. A GATHERING OF SELVES, its sequel, was published in 2006. There are reports that there was interest in making these last two books into a film. They are part of the library collection of the Dundas County Archives.

In 1968, he moved to Canada. It is not certain how he ended up in Chesterville, but he was there for the rest of his life. He worked for 20 years writing documentaries for the National Film Board. He did also attend speaking engagements talking about his time with the world of superheroes. According to the Chesterville Record obituary from November 2011, he spoke for the Chesterville Historical Society in May 2010 and presented a well received account of his work. He also wrote studies for the Federal Government through this time. They would be a vastly different approach to writing, but it paid the bills. In 2011, he received the Bill Finger Award for comic book writers. Reporters had referred to him as humble, and approachable. He was also a mentor to those who sought his guidance. He certainly left his imprint in the world – from his base in Chesterville.