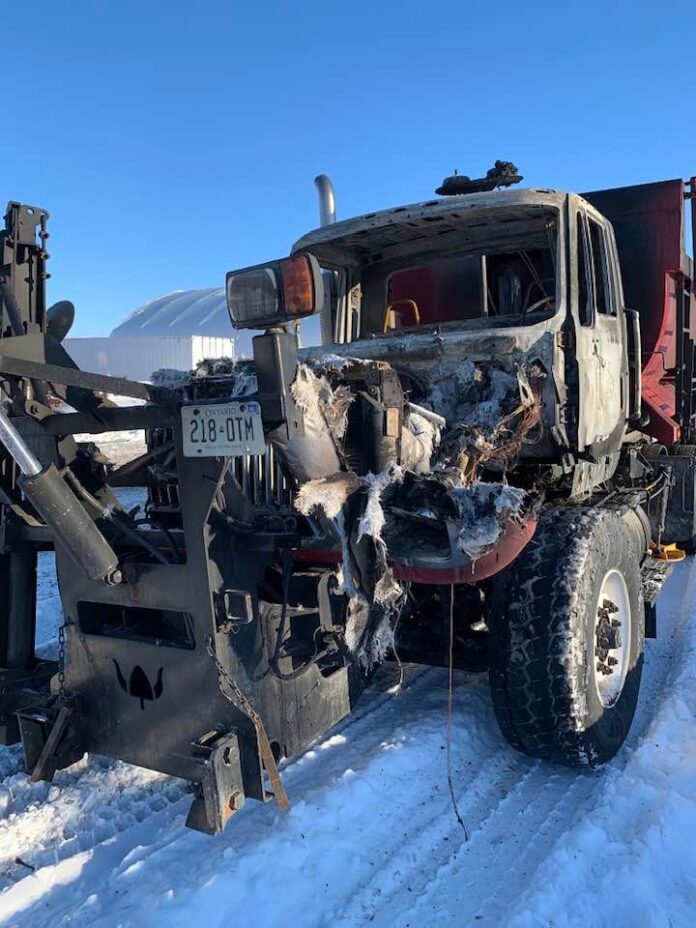 Many parts of Ontario were hit hard by a severe winter storm last week, the aftermath of which lasted several days. In North Dundas, the storm on Monday, January 17 was reported to have been the largest the area has seen since 2016. Winchester saw a dumping of over 40cm of snow within less than a 24-hour period, while some places west of the area are reported to have had even more snow.

The agency which oversees school bus transportation in the region – Student Transportation of Eastern Ontario (STEO) – made the rare decision to cancel buses the day before the storm, before the first snowflake fell. Several hours after the initial decision was made, it was announced that schools in the region would be closed to staff and students as well, over concerns that not enough staff would make it in to supervise any students who arrived. Transportation was virtually impossible on unplowed side roads in the region for most of the day on Monday.

School buses were again cancelled by STEO on January 18, though schools remained open. While Tuesday’s weather was sunny, many side roads had not yet been plowed, and blowing winds re-covered most roads which had been plowed, causing large snow drifts. Another lighter snowfall hit the area on January 19, with about 10cm of accumulation. School buses were not officially cancelled, causing disapproval from many parents due to the road conditions. But over 200 individual bus delays or cancellations were reported in STEO’s coverage area.

The Township of North Dundas made a declaration of a “Significant Weather Event” on the morning of January 18, letting residents know that area roads would not be maintained to the usual standard due to several factors, including the ongoing weather event, two snow plows out of commission, and other “unforeseen circumstances.” The declaration was made for a 72-hour period, and read in part: “The public is advised to exercise caution when travelling on roadways and sidewalks, avoid any unnecessary travel, and, if possible, stay at home, as it may take longer than usual to restore conditions back to a normal state.”

One issue which hurt the road clearing operations in North Dundas was a snow plow fire, which destroyed one of the Township’s own trucks. A picture of the destroyed truck was posted on the Township’s Facebook page, with a message from Mayor Tony Fraser thanking Municipal employees for their hard work. The post notes that other Township equipment was also put out of service by the fire, though the details of this are unclear.

Many readers have likely seen recent ads on television and streaming services promoting a Government of Canada information base called “Get Prepared.” The website aims to provide information to Canadians on understanding the emergency and disaster risks in their area, as well as how to make an emergency plan and an emergency kit. Storms such as the one last week reinforce the message that being prepared for natural disasters should be a priority. The Get Prepared online resource can be accessed at www.getprepared.gc.ca/index-en.aspx.

Preparing for emergencies and natural disasters