The simple idea that “positivity shouldn’t hurt” could apply to many, many situations. Is it ironically negative for me to point out in an argument about positivity that people are often unnecessarily negative? Well they are, particularly when it comes to municipal affairs. I have my reasons to both like and dislike the way Council represented our municipal interests over the last four years, but I won’t get into it here, just to give us all a break.

Several months ago, I wrote about just how expensive it is to repair roads. I was surprised myself when doing the research, and feedback from readers indicated much surprise as well, in addition to a newfound understanding of why sometimes roads are badly patched or left in disrepair for a while before being properly cared for. Around that same time, I had a phone conversation with a gentleman who was raising valid concerns about the state of the roads in his area of the Township. Not being on municipal water or sewer services, or having a public recreation facility anywhere near his home, this gentleman was thoroughly annoyed that the relatively high property taxes he pays seem to only fund waste pick up and quite frankly nothing more, since his road has been left in total disrepair for some time. I felt for this gentleman. I pay property taxes too, and sometimes I question why some seem to get more than others. We got along great and vented our frustrations over the phone. 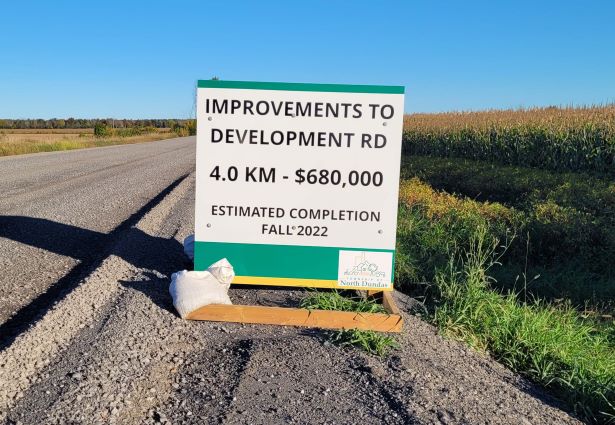 Now, I must admit that in the past month or two, I have been impressed by the Township taking on the project of paving Development Road in the Mountain/South Mountain neck of the woods. I’m sure the work had been planned for months or even years, but seeing such a large project be undertaken is great. This comes soon after Clark Road and two other Township roads were paved, and in recent years, Levere Road and Cameron Road were both beautifully paved as well. These things clearly take time, but I don’t want to be one of those people who looks the other way when they do happen.

Did that note of positivity hurt coming out? Actually, kind of. But alas, I shall march on feeling like a decent human being!