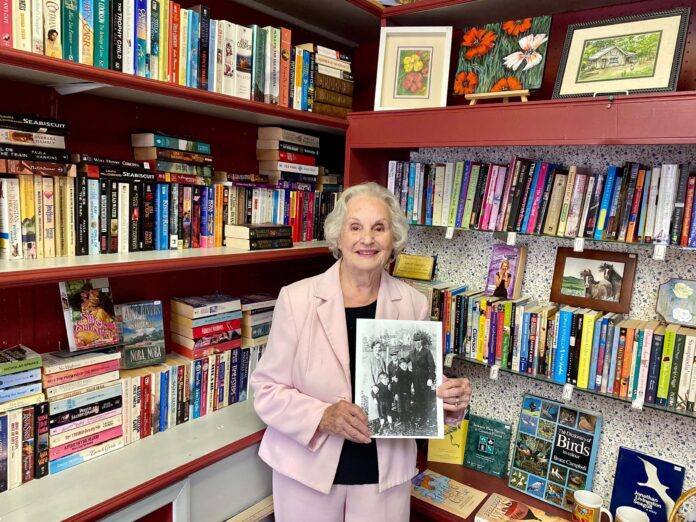 If you need to know something about Winchester, go ask Shirley Fawcett. Her historical prowess is unrivalled, having lived in the community for 88 years.

Shirley was born at home in Winchester back in 1933 though she doesn’t look a day over 60.

“I grew up here” she explains. “My dad was the town police officer and fire chief.”
Shirley says growing up in Winchester was a wonderful experience at a time when the whole town was your playground.

“We didn’t have any rich friends back then. We did a lot of pretending, and you knew when the streetlights came on, it was time to go home.”

She says they used to have movies once a week at the Old Town Hall, and when they built the theatre, which used to be across from where the old high school was, she got hired to run the candy bar and watched movies for free.

“Growing up, there wasn’t a whole lot going on in town. When we turned 13 or so, we’d go from house to house and have little parties where we learned to dance¼nothing but music.”

The melodies of Bing Crosby were popular amongst Winchester youth of the late ‘40s. After finishing school, she went to work for Bell as a telephone operator. Somewhere along the way, Shirley fell in love with a watchmaker named Roy. The pair were married 67 years and had four children together, a daughter and three sons.

“I’ve had a wonderful life,” she smiles. “I lost Roy three-and-a-half years ago, just before his 90th birthday. I miss him a lot. He never told me there was anything I couldn’t do. When he passed away, we asked for donations for the Winchester Hospital in lieu of flowers and 77 people donated.”

Roy owned a jewellery store for 60 years in the same location where Shirley now runs ‘Embracing the Arts’. Roy also sold organs and pianos. and the couple travelled to China to see the factories where the parts were coming from to make sure that the workers were being treated fairly.

Shirley shows off a photo of her atop a camel when they visited The Great Wall. “I saw the camel, and I just had to give it a try,” she laughs. “We travelled all over the world together. I was very lucky to find someone like Roy.”

Roy built their house at Horse Corner in Winchester (unofficial address), which she has called home for 53 years. The biggest event that she can recall ever happening in Winchester was the Town’s centennial in 1988.

“We had eight days of celebrations. It was so much fun¼there were dances and dinners. A lot of it was getting people together, especially those who hadn’t seen each other in a long time.”

Shirley explains that one thing people may not know about Winchester is that the train conductors who used to come through town called it the ‘Holy City.’ “Because we had five churches,” she explains.

She also remembers when the Old Town Hall was the fire hall. and they used to hang the hoses from the tower so they could dry.

“Living in a small town, you have more friends than you know,” she smiles. “People help each other here.

Once in a while, I get a new person that comes in to my store and I tell them to come see me if they have any questions about where to go for certain things. That’s what we’re here for.” 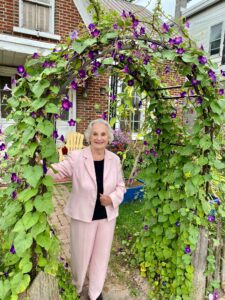