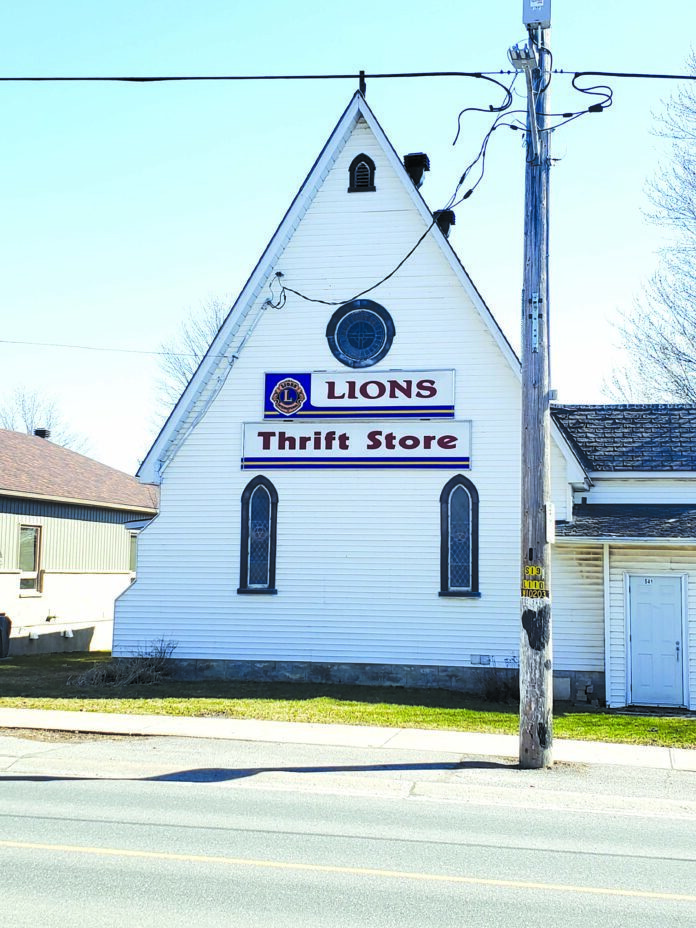 The Lions Thrift Store is facing difficulty recently, with donations being dropped off outside the store outside of business hours.

Store coordinator, Elva Patterson Rutters, made several Facebook posts on the What’s Up, Winchester page pleading with members of the public to be more conscientious about what they are donating, and when.

Many members of the North Dundas community likely grew accustomed to the old Lions Thrift Store location on Main St E, which had a small covered vestibule where donations were often left by residents outside of business hours.

The store has since been moved, after facing a long list of challenges related to the relocation, to a location on St. Lawrence St in an old Anglican church. The Times contacted Elva to learn more about what has changed. “People with good intentions drop their treasures off at the Lions Thrift Store outside of store hours, which not only creates an eyesore, but also diminishes the usefulness and quality of the donations” Elva told the Times.

Items that are left outside of business hours are vulnerable to the elements and to infestation by pests. Items that become soaked in rainwater or attract bugs then have to be thrown out, which causes further issues for the store, because volunteer time is wasted, and it becomes more difficult for the store to stay within the Township’s weekly garbage bag limit.

“Rain, overnight dew, and bugs infiltrate the bags and boxes, which results in more garbage than our allowed six bags a week,” Elva commented.

Comments on social media showed support for the Thrift Store and for Elva’s efforts to limit donations to clean items dropped off during store hours. Several comments suggested a donation bin to keep donations clean and dry if dropped off when the store is closed, but Elva told the Times that this is not possible, as their landlord has asked that they not have outdoor bins.

The Lions Thrift Store supports the local area by putting all profits back into the local community in the form of individual donations and the sponsoring of sports such as hockey, curling, and skating.

The store is run by volunteers who must sort all donations to ensure that they are in an appropriate condition for sale. They discard items that are broken, dirty, smelling of smoke, or covered in animal hair. Donations also must be appropriate for the current season, because the store does not have any storage space available.

Despite the trouble that the store has been facing with the quality and timing of donations, Elva’s social media posts make it clear that she is seeking to educate, not blame. She strongly credits the community with keeping the store going, telling the Times that “without community support, the shop would not exist.”

Local Hollywood actor wants to pass on his talent