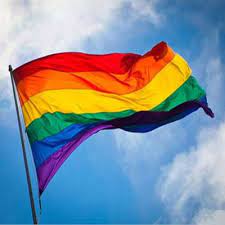 June has been designated as the month to celebrate the LGBTQ2 community, which includes individuals who identify as lesbian, gay, bisexual, transgender, queer and two-spirit as well as a range of other gender and sexual identities.

Pride month is celebrated annually in Canada and is in solidarity with the US, which also celebrates in recognition of the fight for gay rights spanning a long history including the Stonewall riots, which took place in New York City in June 1969. These riots were a series of demonstrations by members of the gay (LGBTQ2) community in response to police raids.

In 1969, Canada decriminalized homosexual acts between consenting adults with the passage of the Criminal Law Amendment Act first introduced in December 1968.
Even with the amended legislation, many people were still being denied equal rights and freedom from discrimination.

In 1971, people from Ottawa, Montreal, Toronto and the surrounding areas gathered in the pouring rain at Parliament Hill for Canada’s First Gay Liberation Protest and march. They presented a petition to the government with a list of ten demands for equal rights and protections.

The Pride movement and international pride parades and celebrations were spurred on after the World Health Organization declared May 17, 1990 as the International Day Against Homophobia, Biphobia and Transphobia. It was the date that WHO finally removed “homosexuality” from the International Classification of Diseases, sending a signal to the world that sexuality is not a disorder. It is a day for countries to coordinate national and international events that raise awareness of LGBTQ2 rights and stimulate interest in the LGBTQ2 struggle for equal rights worldwide.