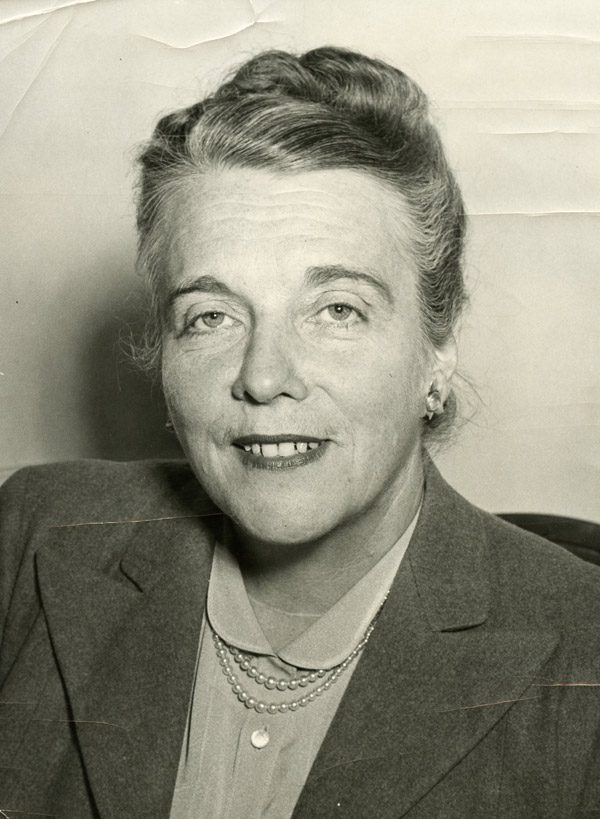 While Dr Marion Hilliard was born and raised in Dundas County, her impact was felt nation-wide. In fact, she impacted on the lives of women throughout the world. And yet, not that many people are aware of her or her place in Dundas County history. As one of the first female gynecologists to be licensed in Canada, she has earned her place in our history books. She was part of the team to develop clinical testing for women’s cancers. She also helped to promote women’s health initiatives through her clinic in Toronto, and also through her series of articles for women (and men) published in Chatelaine Magazine between 1954 and 1957.

In these articles, she wrote about topics that were simply not discussed in polite society at the time. These embraced topics such as female sexuality, menopause, post-partum depression, and parental fatigue. The articles were then combined into several books, and translated into many languages and available world-wide.

She was early to point out that a medical doctor’s role was to be a sociologist, as many ailments are actually rooted not in the physical but in mental and emotional causes. Her articles in popular press were important as she realized how little most women knew at the time about their own health. She saw this as an opportunity to debunk myths on topics such as menopause, much of which was cloaked in the guise of folklore. Another way in which she made a world-wide impact was in her part in the development of the PAP test, to detect cervical cancer. The procedure was first developed by George Papanicolaou in the 1920s, but Hilliard and a team of other doctors developed a more simplified form of the test in 1947. It was for this accomplishment that in 2018 she was nominated to appear on the newest ten-dollar bank note, in the end losing out to Viola Desmond. The fact that she was nominated and on the short list means that her accomplishments were acknowledged.

Marion Hilliard was also extraordinarily successful in her drive to make Women’s College Hospital an accredited teaching hospital under the University of Toronto Medical School. She eventually became the head of the Obstetrics and Gynecology Department in 1947 until she retired in 1957. It was during that time she was publishing her articles in Chatelaine and her books on women’s health. Her fees were all donated to the Women’s College Hospital. Unfortunately, she did not enjoy a long retirement as she died of cancer in 1958. She was buried in her hometown of Morrisburg.

Marion was the daughter of Anna and Irwin Hilliard. Her father instilled an extraordinarily strong work ethic in his children. Irwin Hilliard was a lawyer who articled under Sir James Pliny Whitney in Morrisburg. His name was heavily reported in all of the newspapers throughout Dundas County. He also served on the Board of Education, and in Village council. He might have gotten some of his enthusiasm for politics from James Whitney, who served as the sixth Ontario premiere from 1904 until his death in 1914. Irwin was elected as a member of the Ontario Legislature in a by-election after Whitney’s death. He held that seat for the Conservative party until 1919. After that he served as Master in Chambers at Osgoode Hall in Toronto until he returned to private law practice in Morrisburg in 1935.

According to her biography, Give my heart: the Dr Marion Hilliard story by Marion Robinson (1964), James Hilliard expected his children to do well. Marion Robinson stated that for Irwin, academic excellence was not a goal, it was a requirement. Her biography is a fascinating read for anyone wanting to learn about the comings and goings in Dundas County in the early 1900s. After high school in Morrisburg, Marion studied science at the University of Toronto. In 1927, she graduated from medicine at the same university. After this, she did an internship in London England followed by further training in Ireland. In 1928, she became the third woman to be granted a Member of the Royal College of Surgeons in England. In 1934, she also studied in Budapest and Vienna. She served at the Women’s College Hospital until the end of her career, in 1957.

It is my hope that people will remember Dr Marion Hilliard for her selfless dedication to women’s health. While she was entered in to the University of Toronto Athletic Hall of Fame in 1987, she has never been nominated to the Canadian Medical Hall of Fame. Their mission is to honour medical heroes – those of the past, present, and future. In their description, a medical hero is one whose work has advanced health and inspires the pursuit of careers in health sciences. That does certainly describe Marion Hilliard. I am in the process of preparing the nomination for this honour. It is my hope that she will be recognized.