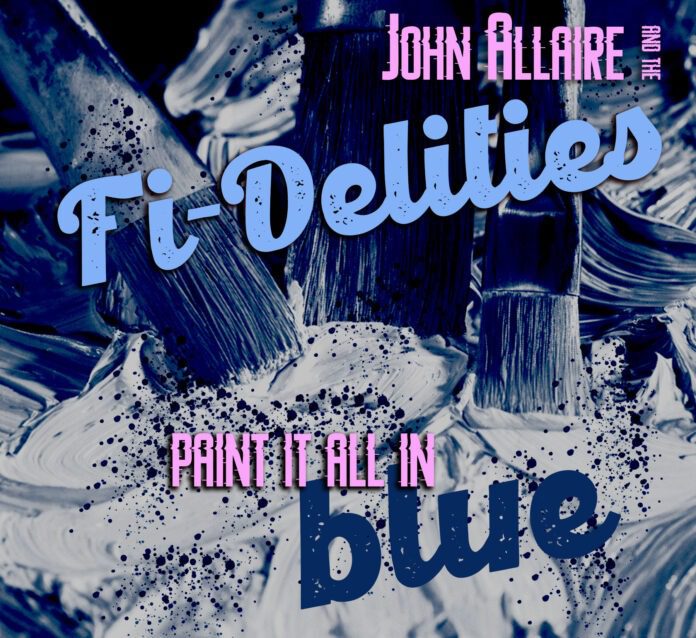 Award-winning Canadian singer-songwriter John Allaire is releasing his 15th career album, Paint it All in Blue.

The full-length album will be available on vinyl, CD and digital download.

Paint it All in Blue was recorded in Ottawa at Scout Co. Productions in 2019-20 and was completed remotely during the first COVID-19 lockdown. It is a 10-song album featuring eight John Allaire originals, an instrumental penned by Scott Clarke, and a cover of a song by Pittsburgh singer-songwriter Tom Breiding, with whom John has toured the US on several occasions.

It is a fully acoustic album of rural-inspired folk-rock tunes, co-produced by Allaire and Ottawa’s Steve Tevlin.

The decision to release the album at this point has less to do with any strategic rationale and more to do with uncertainty surrounding the live music industry. “We were sitting on the recording, which has pretty much been ready to go since early summer 2020, trying to figure out when the best time to release would be. Like everyone else during Covid, we were waiting for a return to live performances, but it just wasn’t happening,” John said from his rural home just north of Winchester, Ontario.

“We decided that the best thing would be to just get the music out there and let the live shows catch up to the physical product when things open up and it is safe out there.”

The 55-year-old has won major awards across North America (including the 2009 Americana Music Award in Nashville for Lyricist of the Year) in a career that began in 1984 and has seen him tour the world numerous times as both a solo artist and a member of the seminal pre-grunge band The Town Cryers.