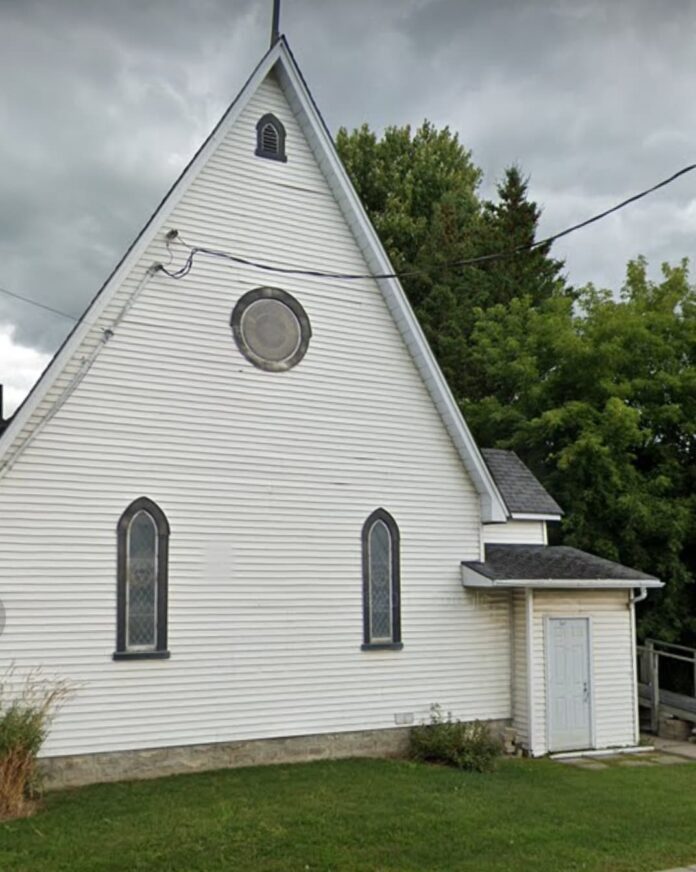 The building formerly known as “ST. MATTHIAS ANGLICAN CHURCH” and which is now the home of our Thrift Store has an interesting history. Using some information received through Lion John Cinnamon and Bob Weagant I will outline a few interesting tidbits.

The land where the Church was built was owned by a Mr. George Henderson way back in 1880’s. It was purchased by a small group of local people who wished to start an Anglican Church. “St Matthias The Apostle” was consecrated on October 31st, 1892. It was a frame structure finished in clapboard and painted white and served as a place of worship until St. Clare’s Anglican Church was completed in 2014.

Some other interesting historical facts:

On May 1st, 1927, a service was held by the Rev. Davies with 20 parishioners in attendance. The total offering received was 65 cents.

During a service on December 30, 1928, there were only 6 parishioners in attendance because of an influenza epidemic.

In 1947, a request was made to the Bishop to allow flags, which were given as a gift, to be hung in the church. The Bishop, however, only granted permission to the “official St. George’s flag” to be placed in the Church. The remaining flags were housed in the vestry.

Also, in 1947, a group of parish ladies approached Rev. Adams with regards to fundraising. The Bishops reply was quite straight forward – “no raffles, no bingos, and no draws.”

Major renovations to the church were undertaken during the summer of 1948. The foundation was repaired, and a new roof was installed.

In 1976 renovations were made to house the Sunday School. Also, there is a door near the south side main entrance that was added in 1976 and this allows entrance to the church hall downstairs.

In 1989, in preparation for the upcoming centennial, new drywall was installed and painted in the chancel. New doors, siding and steps were also replaced in 89.

How many of you remember when Highway 31 was the main thoroughfare through our Village? Prior to the 31 by-pass. Many residents and business owners, at that time, thought that the by-pass would be a catastrophe for our community. They felt that the highway traffic through town helped bring and support the local business. Many were afraid that businesses would leave the Village and we would become a “bedroom community”. It has now been several years since the by-pass was completed, do you think the naysayers of the time were right or wrong?

Life has many problems