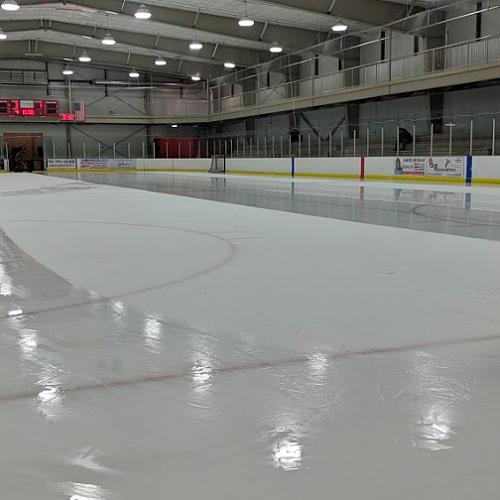 Winchester’s newly named Sam Ault Arena does not yet have a prepared ice surface, resulting in events at the arena running weeks behind their usual schedule.

The Times confirmed with the Township that the ice surface will be ready by this Saturday, October 23.

A social media post from the Winchester Skating Club identified the cause of the delay as “further issues with the installation of the part required for the chiller.” The delay is impacting several of the club’s programs, including its CanSkate and PreStar programs.

The Township offers public skating at both the Sam Ault Arena and the Chesterville Arena. The schedule for both arenas can be found on the Township’s website. A regular schedule is kept, with separate expanded schedules to account for school breaks, including March Break (March 14 – 18), Christmas Break (December 20 – 30), and one PA day on November 26. Both arenas will open for the public skating season on October 23.

Several North Dundas communities have recently been plagued with concerns over a lack of recreational opportunities and amenities for both youth and adults. Some Chesterville and Winchester locals blamed a lack of things to do for a few recent acts of graffiti vandalism in the towns.

Many recreation programs, some of them perhaps little-known, are advertised on the Township website. Included in the mix are programs including an all-terrain vehicle club, a soccer club, jiu-jitsu and kickboxing programs, a shuffleboard club, and more.

The Winchester Curling Club is now operational as well, with options for both adult and youth membership.

The Times corresponded with Brandon Cousineau, the Township’s Recreation Coordinator, regarding options for local recreation. Brandon confirmed that the most up-to-date place to find information about local events and recreation programs is the Township website www.northdundas.com/community-recreation, or its Facebook page: www.facebook.com/NorthDundas.

What about those wanting to start their own recreation programs or clubs? While not necessarily common, North Dundas residents with ideas for new programs can propose their ideas to the Township in the hopes of creating a Township-sponsored program.

Since community members are those who stand to benefit from recreational programs, it makes sense that locals will know best what kinds of recreation are needed to improve North Dundas’ list of “things to do.”

Brandon invited anyone with ideas for a new club or program to contact him directly by phone at 613-774-2105 ext. 223, or by email at [email protected]