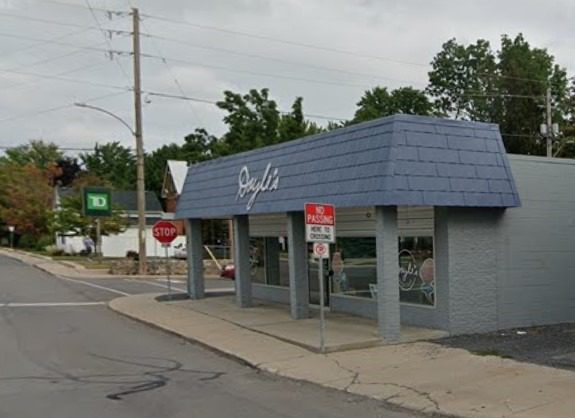 The large piece of prime restaurant real estate in Chesterville which was vacated by Doyle’s Pub and Eatery at the end of October will become the newest location of the Fat Les’s franchise. News broke of the planned location last week, with the opening set for some time this spring. The new location will reportedly offer take-out, delivery, dine-in, and may even serve alcohol.

Reactions to the news online were overwhelmingly positive. While a restaurant opening or closing would likely not be seen as a big deal for residents of a large city, small businesses play a critical part in what make small towns tick, and small town residents are deeply invested in the news of new restaurants opening, since it creates more opportunities to spend money locally on different “tastes”.

An American not-for-profit organization called Strong Towns advocates for the building of more appropriate and sustainable infrastructure, housing, and economic development, amongst other things. An article posted to their website strongly argues that small businesses are the lifeblood of small towns.

The reasons for this are many. Small businesses, of course, contribute to local taxes, but often in more ways than one. The owners of these local businesses often live in town as well, and thus pay residential property tax, and have children who go to local schools. They are often typically invested in keeping the town active and vibrant, as this contributes to the success of their business. In terms of the local economy, estimates suggest that small businesses account for more than 60% of new jobs created.

When these jobs are filled by people who live locally, it can eliminate the negative environmental aspects of commuting to work, and can encourage small towns to grow, as many people wish to settle in the same communities in which they work. With a town the size of Chesterville, even one commercial building sitting vacant can cause significant hurt for the community. Not only does it represent lost jobs, it is also aesthetically unappealing for tourists and others who might otherwise want to explore the town on foot, and spend their money. Having a vacant space filled is, therefore, of tremendous importance and significance. One can only hope that Fat Les’s sees success in their newest location in the heart of Chesterville!