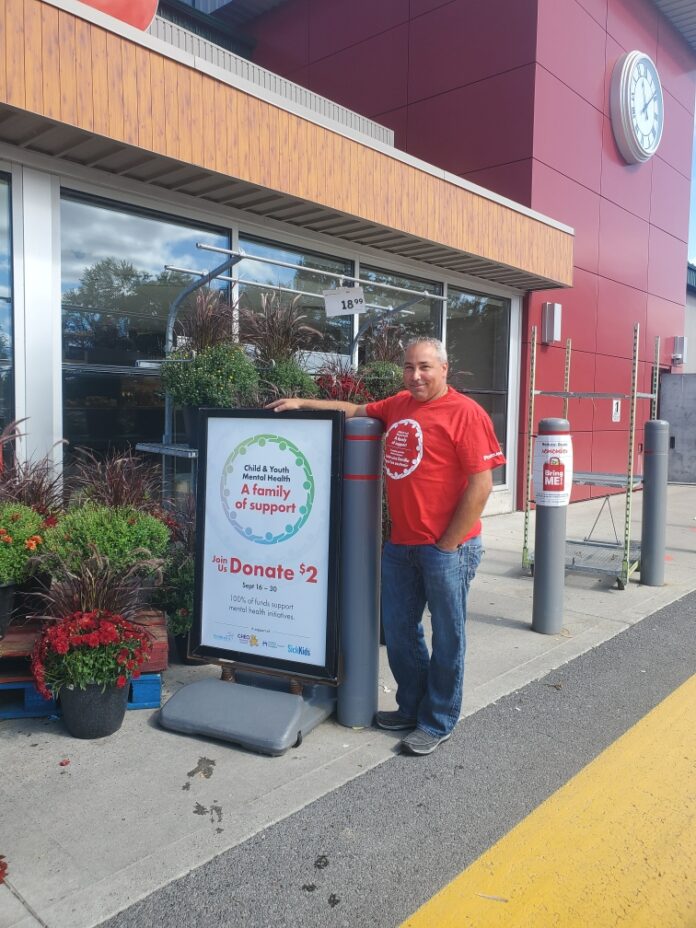 2020 was a year of crisis for almost everyone on the planet. Many people found themselves in unfamiliar routines. Working from home, schooling from home and being isolated from our loved ones. This was difficult to comprehend for most adults but the impact that had on some of our youth and children was huge.

This is where the Sobey’s foundation initiative ‘A Family of Support’ stepped up and endeavoured to raise funds to help support and improve Child and Youth Mental Health services across Canada. They intended to do this through a store-based initiative run in September of that year.

Last year, with the help of the downtown revitalization committee, many other local businesses and overwhelming customer support, the Winchester store raised $12,490.00 during this event. Shortly after that, Dan hosted another fundraiser with Al Graham and fries for charity and raised an additional $2,500!

In total, Foodland Winchester raised $14,990 which Sobeys matched, making the total donation to the foundation $29,980!

Following this, Dan was also lucky enough to be a part of the virtual CHEO Telethon along with another Sobey’s colleague to present $106,000. Dollar cheque from all of the participating stores in our region. This included all the Sobey’s Foodland’s and Freshco banners in Ottawa and the Surrounding areas.

Dan say’s ‘We are looking to hit another home run this year!’

This year, the fundraising event is being held, instore between the 16th and 30th of September.