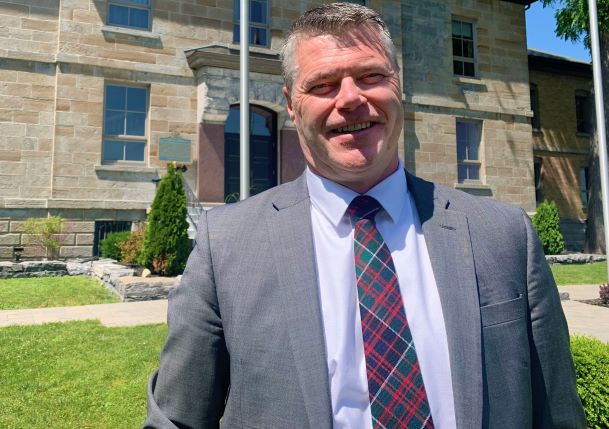 In 1990 the Edmonton Oilers were the Stanley Cup champions, gasoline cost less than 60 cents a litre and Tim Simpson was beginning a career in municipal government that would wind its way through 33 years of successes.

After 11 years in the position, today Simpson announced his retirement from the County effective the end of 2022.  Simpson’s career has included stops as a Planner with the former Township of Charlottenburgh, planning and administrative roles with the Town of Renfrew as well as CAO in Lanark Highlands and Town of Perth.

“Deciding to retire from a position you enjoy and worked hard to achieve is very difficult,” Simpson said. “With an election in several months and a new term of Council to be sworn-in in December, I’ve decided that now is the right time to step aside and move on from full-time work.  Having more time will allow me to pursue the many activities I enjoy outside of full-time work.”

“On behalf of Counties Council we salute Tim for his dedication to the United Counties of SDG and the residents who call our beautiful region home,” said Williams. “Tim has a reputation for hard work, loyalty, and for this in-depth understanding of municipal operations.  This is evidenced by his hard work on recent projects like the Counties’ focus on rural education.  We wish Tim and his wife Shona all the best as they enter this new chapter.”

Simpson said his 11 years as CAO of the United Counties of SDG marks the highlight of his career in municipal government.

“One of the things that continues to inspire me is having an important role in the development and implementation of policies and programs that directly impact the daily lives of our residents,” he said. “County staff, both current and former, have worked hand-in-hand with me over the years and I wish to extend to them my heartfelt thanks and respect.”

County Council is currently considering its options with respect to filling the role.

‘Date My County’ contest feels the love from around the world

The United Counties of Stormont, Dundas and Glengarry (SDG), comments on the Province’s Draft Transportation Plan for Eastern Ontario